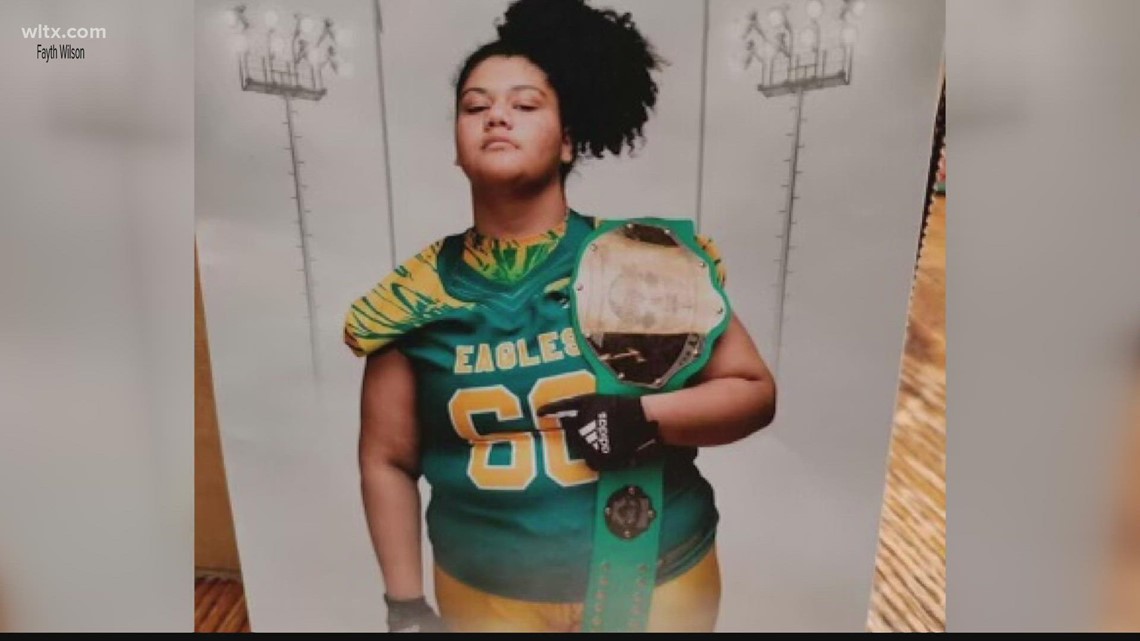 Lauryn Wilson is the first girl to play on the school’s football team.

She is also the first girl to play on a championship winning team.

Lauryn proudly wears her number 60 Eagles jersey on the back.

His trainer, Mark Davis, says she approached him to ask him to play.

Coach Davis said: “She played one of the toughest positions on the team, Right Tackle.”

Lauryn is the first and only girl to ever play on the Hopkins Middle School football team.

Wilson also enjoys playing basketball and volleyball, but Lauryn says soccer is one of her passions.

This young woman is as focused as she is strong.

“A great experience. I enjoyed it,” Wilson said. “Although sometimes it was weird, but I love to play with the boys.”

Coach Davis says he’s taken the 13-year-old under his wing.

“I love her like my own daughter,” Davis said. “But don’t think that meant she got special treatment. She trained just as hard, maybe even harder than the boys.”

“Lauryn came in and she took out some of the guys,” the coach said.

Wilson’s mother, Fayth, is his biggest supporter. She says her daughter has taken on challenges on and off the pitch.

“I’m so proud. I was probably the loudest in the stadium,” said Fayth.

Her daughter’s safety, she said, was her first priority. “My biggest worry was what if she is hit too hard?

Lauryn’s father passed away 10 years ago. His family say his drive and persistence would have made his father proud.

“The situation that really made me cry was that he went to Alcorn High School. He played the right tackle,” said Fayth. “She played a straight tackle with Hopkins against Alcorn, and they beat Alcorn.”

Lauryn’s message to other girls considering playing in a male dominated sport? “Don’t be afraid to do it just because you’re a girl or something. It doesn’t really matter anymore.”