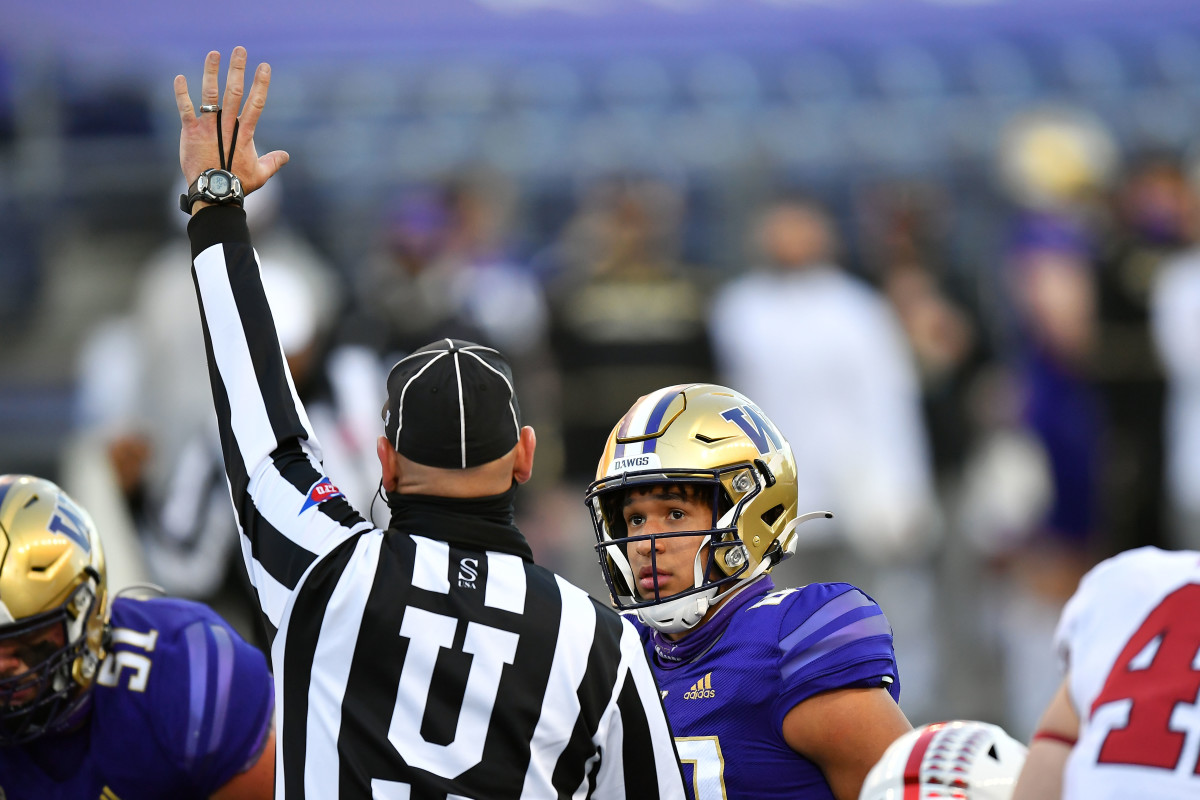 Jaden Green goes on daily hike, must stay the course

In another sport, Jaden Green is the relief pitcher who comes up against a batter. The pincher with a single at bat. The basketball player sent to fault, takes one for the team and sits down.

His competitive moments are always brief, but no less important to the overall outcome of University of Washington football games.

Green is the Huskies’ long snapper, a fellow, a player with a talent unique to nearly everyone on the roster.

He’s an Arizona native who usually doesn’t come in until the fourth down to do his thing, although some placement attempts and his required skill sets will be summoned earlier if the clock is involved.

He usually goes unnoticed unless he gets a bad shot, in which case everyone immediately knows who he is and what he’s been up to. This kind of unfortunate misstep happened to him in the 2020 season opener at Husky Stadium against Oregon State … in the very first game of his college career.

A little too eager on his debut, Green shot punter Race Porter in the head, where he ended up about 40 yards behind the line of scrimmage, was picked up by Porter and a harassed punt was blocked.

It’s worth noting that Green doesn’t walk to the sideline or sit on the pitch once he’s walked it and just watch everyone finish the play.

Green is often in the tackle. Last season he found 7, including 3 unassisted, which ranked him 27th on the team in tackles. That’s one of the reasons it hauls over 200 pounds on a compact frame.

With spring practice underway, we’re offering insights and insights gathered from the UW football staff in a series of stories about every scholarship player from #0-99. We’ll be looking at each Husky’s previous starting experience. , if any, and will determine what comes next under new coach Kalen DeBoer.

As with any coaching change, it’s a new beginning in football for everyone, including Huskies number 89.

Green just needs to keep doing what he’s been doing. He spends most of spring training on the East field, away from most of the team, working on his game with the kickers and Husky punters.

In the weight room, he jumped with everyone, and a month ago he did a 500-pound squat, which was impressive for an athlete his size.

Football runs in Green’s family, although long slaps are a trait of his own. He is the son of former Arizona State running back Gerald Green (1998-99).

This young Green, however, showed skills similar to Dad’s. At Mesa High School as a senior, he finished with 97 rushing yards and 4 touchdowns on 20 carries, and 25 receptions for 219 yards and 2 scores for the Jack Rabbits.

Still just a sophomore, Green takes his football duties seriously. Prior to the start of UW spring drills, he spoke to players at his former high school and offered encouragement. Although he doesn’t shoot regular scrimmage time, he has found a slot that works for him.

UW Starter or not: As long as he remains healthy, Green is the UW accredited snapper. There is no competition. He’s the only Fellow doing what he does, but he still can’t get enough of it. He needs to keep honing his skills because there are jobs in the NFL that require his talents, which is a big motivator.

Go to si.com/college/washington to read the latest Husky FanNation stories as they are released.

Not all stories are published on fan sites.