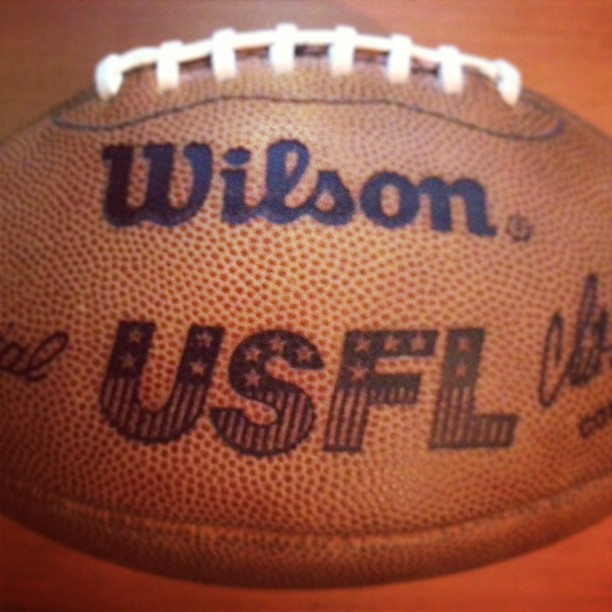 If you already miss football, the United States Football League has you covered when the NFL offseason begins.

The new USFL is a reboot of a spring football league that originally operated between 1983 and 1986 but ultimately failed due to financial instability. Although not legally tied to the former USFL, this version of the league kicks off with a three-year, $150 million television rights deal. FOX Sports, which owns those TV rights, also bought a stake in the USFL.

“The USFL relaunch is a landmark day for football fans and FOX Sports,” FOX Sports CEO and Executive Producer Erik Shanks said. “Football is in our DNA and the return of this innovative and iconic league is a fantastic addition to our strong football lineup.”

The inaugural season of the new USFL will see eight teams introduced in two divisions, North and South. The South Division is home to the Birmingham Stallions, Houston Gamblers, New Orleans Breakers and Tampa Bay Bandits. The North Division will include the Michigan Panthers, New Jersey Generals, Philadelphia Stars and Pittsburgh Maulers. The top two teams from each division will advance to the playoffs.

The teams will play a 10-game regular season schedule, with all games played at two stadiums in Birmingham, Ala. However, the playoffs will be played at Tom Benson Hall of Fame Stadium in Canton, Ohio.

Although the players participating in the new league have yet to be revealed, some of the notable head coaches include Jeff Fisher (Michigan Panthers), Todd Haley (Tampa Bay Bandits), and Kevin Sumlin (Houston Gamblers).

The 2022 USFL Draft and player reveal will take place this Tuesday and Wednesday.

Brian Woods, the new co-founder of the USFL, recently spoke about what fans can expect at the start of the season.

“The immediate presentation is going to be outstanding, so I have to make sure the on-field product is just as outstanding. That being said, we have started scouting and assessing talent with former NFL scouts in NFL training camps last fall going around trying to identify some players a lot of players in this league are going to be talented we will have a sprinkle of former NFL draft picks we so we’ll have young guys. Woods said.

The USFL 2022 season opener will see the The Generals will face the Stallions on Saturday, April 16. Kickoff will be at 7:30 p.m. EST. FOX and NBC will broadcast the game.