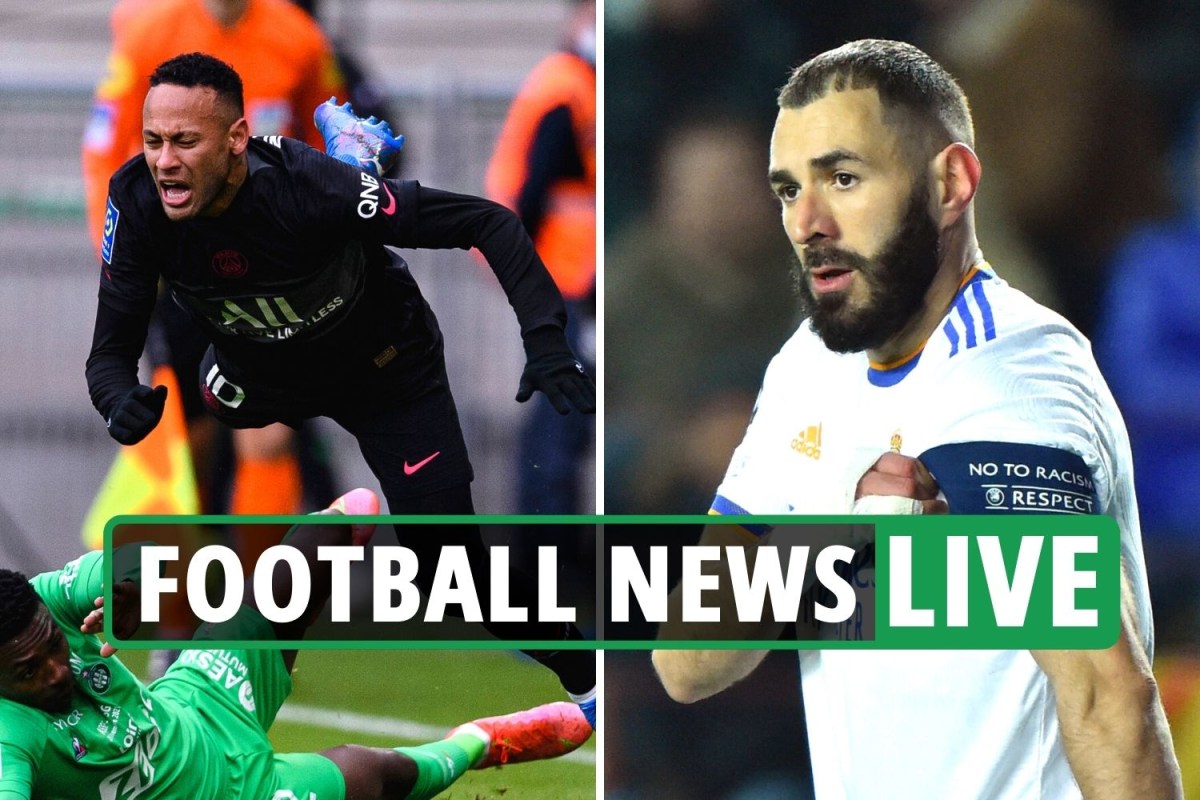 Sergio Ramos finally made his Paris Saint-Germain debut – but saw his thunder stolen by an inspired Lionel Messi.

The former La Liga training partners were both in action for the French giants in a 3-1 win at St Etienne.

It was the long-awaited first competitive outing for former Real Madrid skipper Ramos for the club after a muscle injury sidelined him for the start of the season.

The Spanish defender, 35, joined the Ligue 1 squad this summer in a free game from Real, and a few weeks later Argentina legend Messi arrived from Barcelona as a free agent.

Both started in a star-studded PSG squad at the Geoffroy-Guichard stadium and Ramos got off to a good start – but it was Messi who stole the show by scoring their three goals.

The hosts had taken a 23rd-minute lead in snowy conditions with a goal from Denis Bouanga but opposed it when they sent off Timothee Kolodziejczak at the stroke of half-time for a move to Kylian Mbappe.

Messi took control after that with a free kick from this Kolodziejczak foul which was directed by Marquinhos to bring the score to 1-1.

They took the lead with 11 minutes remaining when Messi found Angel Di Maria and he completed a shot in the far corner.

And they sealed the victory in stoppage time when Messi scored for Marquinhos for his second goal.

The victory took PSG’s Ligue 1 lead to 14 points, but it was marred by an injury to Neymar.

The Brazilian superstar was carried on a stretcher with an ankle injury after a tackle from Yvann Macon with five minutes remaining.