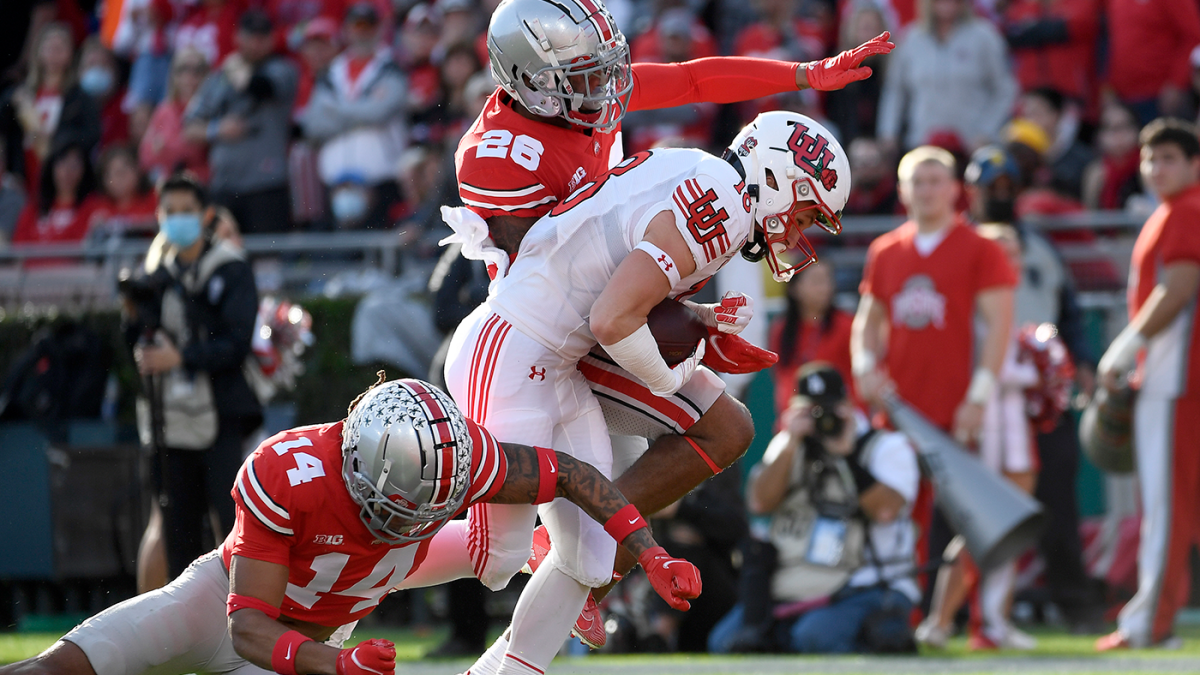 The Utah No.11 leads the Ohio State No.6 38-31 in a Rose Bowl that was as wild and entertaining as anyone – reasonable or not – could hope for. The second quarter went awry as the two teams traded tedders which was a departure from the first quarter.

It looked like we’d be on our way to a surprising blowout as Utah took a 14-0 lead and Ohio State seemed to prefer being elsewhere. Suddenly the energy changed.

Ohio State took a risk on the fourths and 1s by throwing from deep, and CJ Stroud connected with Marvin Harrison Jr. for a 25-yard touchdown that sparked an insane second quarter. The Utes responded with another long touchdown to come back up two runs, then hit three touchdowns in 30 seconds. After Stroud hit Jaxon Smith-Njigba for a 50-yard touchdown pass, Utah’s Britain Covey returned a 97-yard kickoff for a touchdown. Seconds later, Stroud hit Smith-Njigba again for another long score.

And just in case that wasn’t enough, Utah QB Cam Rising turned a broken play into a 62-yard touchdown on a dangerous fourth-and-1 decision to give the Utes a 35-21 lead. Then the craziest thing of all happened: No one scored for the last 6 minutes of the first half.

The third quarter belonged to the Buckeyes as they outscored the Utes 10-3, but they are still trailing by a touchdown early in the fourth quarter. Keep it locked here throughout the Rose Bowl game as CBS Sports keeps you updated with scores, analysis and highlights from kick-off to final whistle.

A New Years resolution for every SEC football team