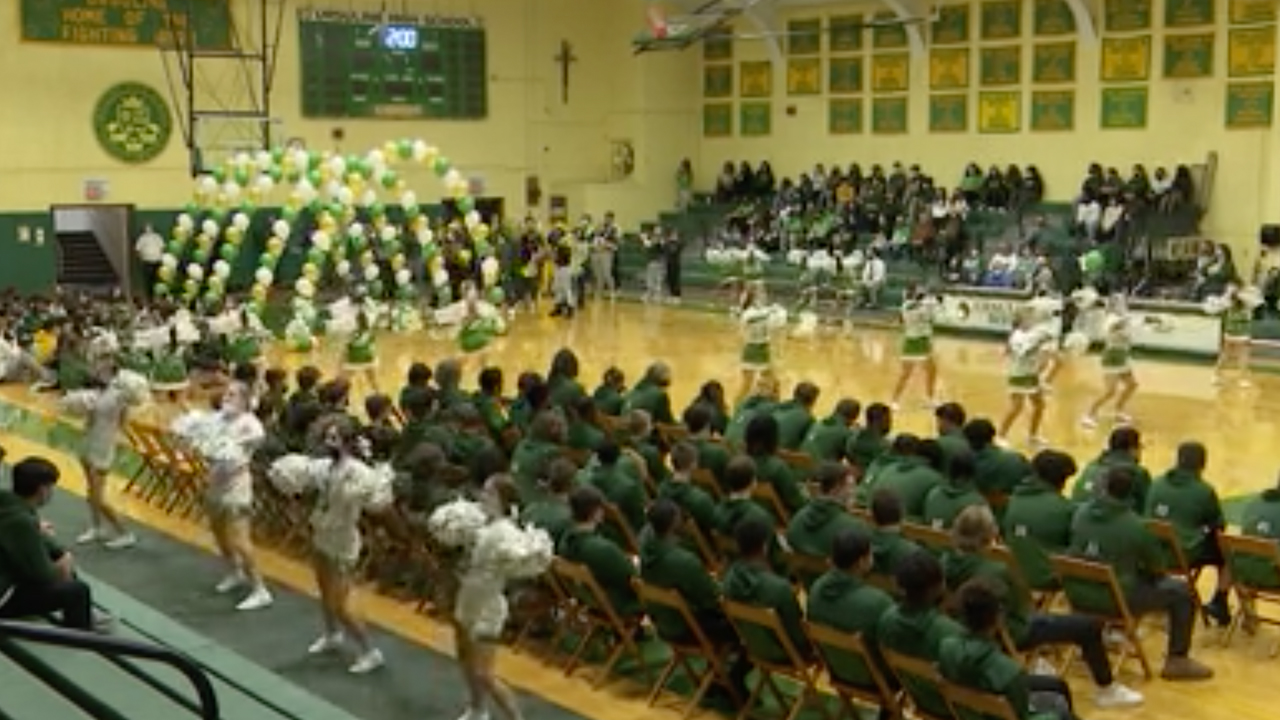 YOUNGSTOWN, Ohio (WKBN) – The countdown is on to kick off the Ursuline Irish State Championship game.

On Thursday afternoon, they held a pre-school cheering rally to get everyone ready for the big game.

First News explained to some students and alumni why this game means so much to the players on the pitch, but also to the people in the stands.

â€œThe theme is green and gold and we just want to be there and be loud,â€ said senior Niccolas Sabella.

It was a sea of â€‹â€‹green and gold in the Ursuline gymnasium as the Ursuline family gathered to prepare for the football team‘s state championship game.

“This state championship means a lot for the student body, for the players and the coaches, but also for the whole Ursuline family, so being able to come back to the Ursulines and ring the victory bell one last time would be a great experience for everyone, â€said senior Madelyn Miklandric.

The group was playing, the cheerleaders were cheering and there were a few speeches, including that of 2001 graduate Simon Arias, who played on the team when they won the state title in 2000.

One of his biggest messages: don’t give up in the face of adversity.

It’s just as important a game for the players on the pitch as it is for the people in the stands cheering them on.

The goal is the same for everyone: beat Clinton Massey and hang another banner in the gym.

â€œI hope we win and I hope we get this banner to end our senior year on a high note,â€ said senior Briana Zelanka.

â€œIt’s a little bittersweet that it’s ending like our senior year, but it’s also very exciting that it’s a state game and not a playoff game,â€ said senior Alexis Zalenka.

The match kicks off at 10:30 a.m. on Friday at Akron’s Tom Benson Stadium.