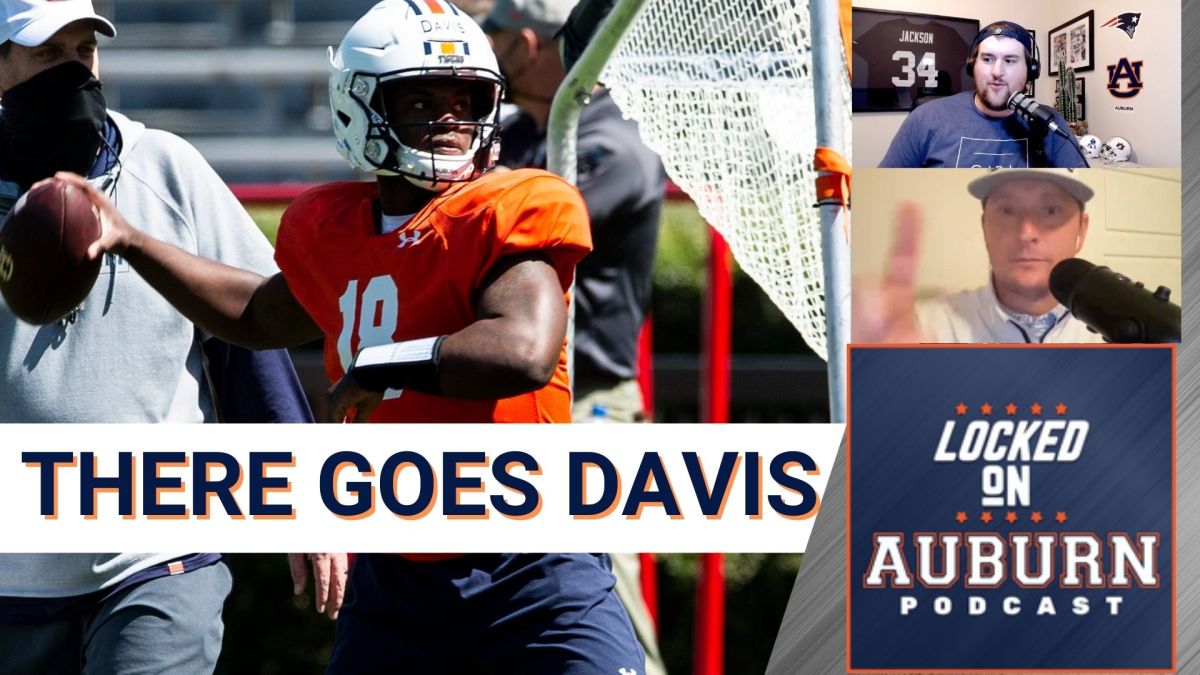 Auburn football will lose Dematrius Davis to the transfer portal. The Auburn Tiger quarterback announced the move Wednesday, shortly after the Auburn Tigers began spring training earlier this month. He was supposed to be behind TJ Finley, Zach Calzada, Robby Ashford and Holden Geriner in the depth chart among Auburn’s quarterback battle.

In today’s Locked On Auburn, Zac Blackerby is joined by AUburn forum legend Charlie5 to talk about Dee Davis’ departure from Auburn’s football program, what it means for the quarterback battle and who benefits from this move.

That should allow for more key reps for the remaining quarterbacks at Auburn. With Calzada limited this spring, Finley, Ashford and Geriner should all get more reps with the starters and deep two and will give Auburn’s coaching staff more information to make the best decision when it’s time to prepare. for the season.

Auburn cornerback Ro Torrance also entered the transfer portal on Wednesday. The move came as a surprise to some due to his play towards the end of the season. The Tigers had real depth in the defensive backfield, but it took a hit after that move.

Locked On Tar Heels’ Isaac Schade joined the show to talk about Eugene Asante and his history with North Carolina. The Tigers may have found a stud at linebacker by adding him through the transfer portal this offseason.