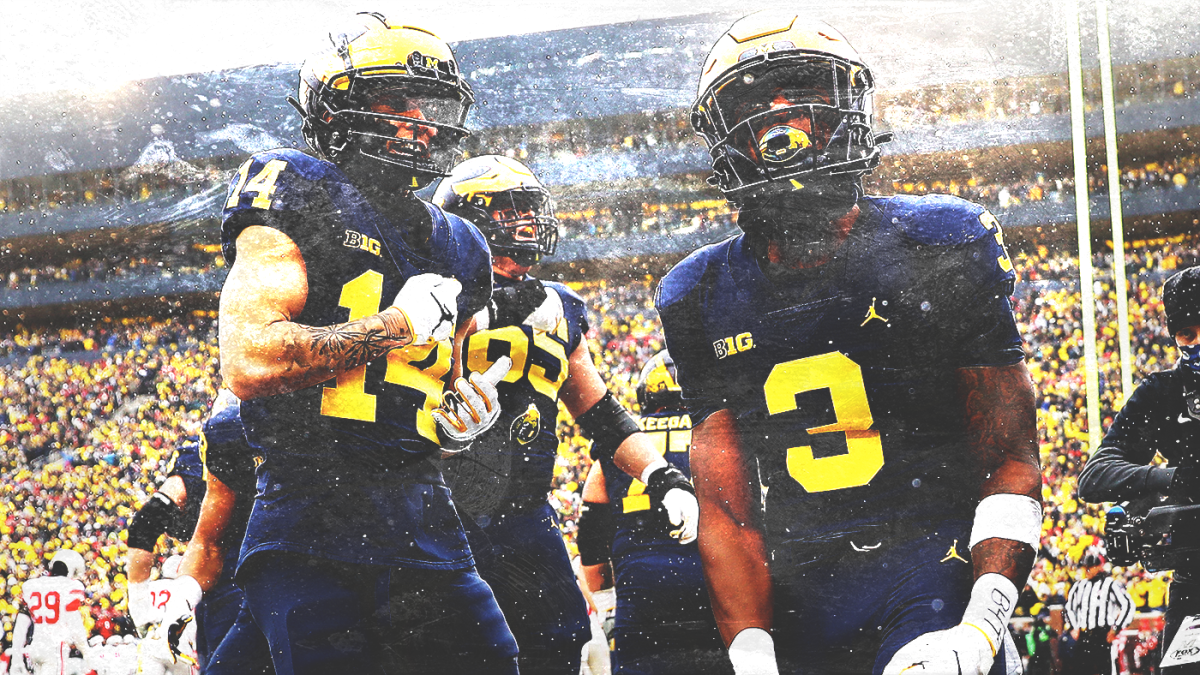 Rivalry Week is in the books, which means Championship week is upon us with the penultimate round of bowl screenings ahead of the announcement of the college football playoffs and other bowl matches on the Sunday 5 December. Sometimes information is leaked ahead of time, and CBS Sports’ Bowl Showings page will update as the week progresses.

For example, East Carolina accepted an offer for the Military Bowl on Saturday.

The big news of the weekend is that Jim Harbaugh has finally done it! He won the game he was signed for as Michigan defeated Ohio State, 42-27. The Wolverines are expected to take the Buckeyes’ previous spot as the No.2 seed in the college football playoffs behind No.1 seed Georgia. The Bulldogs should cement this place with a victory over Alabama in the SEC Championship game.

Cincinnati, who ended their regular season with a 35-13 victory over East Carolina, are still projected in third place. However, there is now a change to # 4.

With Oklahoma State winning its first edition of Bedlam since 2014, he is expected to end the season as the Big 12 champion with a victory next Saturday over Baylor. The Cowboys had previously beaten the Bears 24-14 on October 2. That would put Oklahoma State ahead of Alabama, which is set to lose two losses, for the last playoff spot.

The CFP selection committee is supposed to give preference to conference champions if a decision between two teams is near. Alabama needed four overtime to beat Auburn in the Iron Bowl. While anything can happen in a rivalry game, especially this one, it’s just further proof that Alabama wasn’t Alabama for some time. The committee has already moved the Tide up one spot this week in part due to their level of play. While a loss to No.1 Georgia next week is certainly not a bad loss, it should cost the Tide. ‘Alabama a place in the PSC.

In New Years Six, we have an unfortunate rematch between Oregon and Ohio State as part of the screenings. The Ducks are the expected Pac-12 champions, and the Buckeyes are expected to be the top-ranked Big Ten team after the Wolverines, who are screened for the CFP. However, the Rose Bowl could choose Michigan State instead if they want to avoid the regular season rematch – and that’s the Rose Bowl’s choice, not the committee’s.

Of course, if Utah beats Oregon, the problem is solved. Utah would face Ohio State in the Rose Bowl, unless Iowa upset Michigan in the Big Ten Championship Game. If that happened, the CFP clashes would change with the Hawkeyes playing in the Rose Bowl as the Big Ten champions.

Pittsburgh is listed for the Peach Bowl as the projected ACC champion, but if Wake Forest wins, the Demon Deacons will get that spot instead. It seems unlikely that either of these teams will be sent west to play in the Fiesta Bowl.

There are so many possibilities left depending on the results of the league games. Check back later this week for my take on each team’s path to college football playoffs, ridiculous as some of those scenarios may be.

Another possible regular season rematch appears in the Guaranteed Rate Bowl, which I plan to select in West Virginia and Maryland. These two faced off in the first game of the season. The Big 12 selection process will likely leave the bowl to the Mountaineers, but the Big Ten, who have the final say on where their teams go, could trade Penn State there and put Maryland in the Pinstripe Bowl.

Thanks to four wins from teams that were at least one touchdown underdog on Saturday, we have 83 bowl-eligible teams, including 13 of 14 SEC teams, setting a record for an FBS conference. After a season of predicting that at least two 5-7 teams would be needed to fill the bowls, we ended up with one more than needed. This means Ball State shouldn’t go to a bowl despite being eligible.