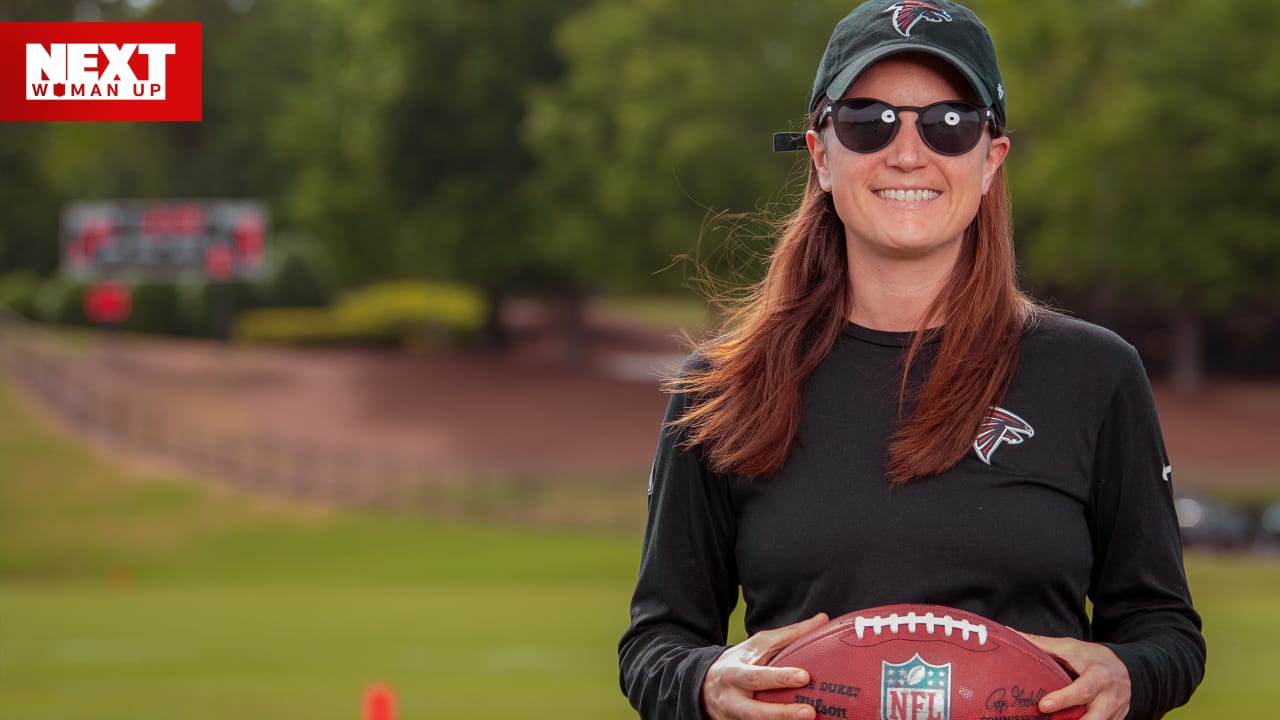 How did you start your football career?

My start is a little special. My dad, Greg Gigantino, is a college football coach, so right from the start I had a natural way of interacting with players and coaches because I grew up around them. My real beginnings were in college at James Madison University. I started working in the football office, volunteering for four years, and it just felt natural to be around the team and help them. Then I was lucky that the college my dad was coaching at at the time, Hofstra, was where the New York Jets had a training camp. I interned with the Jets for a few summers.

I worked for the scouting department, and I came out of that internship wanting to work in community relations. I went to school to get my masters in campus recreation before realizing I wanted to work in athletics. I went to the University of Maryland and that’s where I discovered the position of director of football operations. After that, I had the opportunity to step into the door at Northeastern with my first full-time position.

What was your first full-time job in football operations and how did you find your way to the Falcons?

This initial position was the administrative assistant for the Northeastern football team. At the time, they had the defensive coordinator who did the team trips and another guy who did the meals on the road. The things they had coaches do were ridiculous, so it made sense for me to do all the groundwork so they could focus on coaching and recruiting. My first year, I really learned to do everything. Then it was all on me. I scheduled weekends and recruiting trips and even marketing. I wanted to familiarize myself with everything related to the athletic department.

Northeastern cut the football program in 2009, then I got the DFO job at Georgia State University. Then I came to the Falcons after five years through a family connection, then head coach Dan Quinn. I started in the scouting department in Atlanta so a lot of what I had done in college transferred over because I was doing a ton of traveling for scouts, assistant general manager, setting place of professional day visits and work with schools. It was a great first job in the NFL because I learned a lot about how the organization works.

In January 2016, Coach Quinn asked me if I wanted to help with head coach operations because his assistant had left. So I directly supported him and my role expanded. I helped wherever I could. This role is quite different from what it is today because I really wanted to take a lot of things off the plate of the coaches so that they could focus on the football.

So essentially you built your role on what it is today in the Falcons organization?

I did it. The person who was here before me was working a more standard 9am to 5pm job Monday to Friday. When I arrived, I said to myself: “What is my role on the day of the match because I am not working?” I created the title of Head Coach Operations Coordinator because I wanted him to be more than the Executive Assistant to the Head Coach. I wanted to do this job, of course, but not just this work.

How was the transition from Dan Quinn to Arthur Smith?

It was super interesting because all the staff was brand new, even the director of training operations, Brian Griffin. It was a very big learning curve. With Coach Smith being a first-time head coach, I was able to help a lot because I had been in that situation with Coach Quinn for six years. There was so much I could bring to the table, and I was able to step in to help him and the staff navigate it all.

I like being able to speak in terms of coaches and working with them on a regular basis. Since I grew up around the game, it’s so easy for me to work with them. Then at the same time, I like to be a liaison with the other departments of our building and our organization. Bridging that gap between coaches and players and the rest of the team in the building is so much fun. It’s a great teamwork environment.

What would you say you are most proud of?

I think I’ve grown a lot over the past two years as the organization has gone through changes. I am very proud to be able to stay the course while continuing to learn and improve.

I will also add that I have taken up the Bill Walsh Minority Coaching Fellowship with marquis williams after Scott Pioli left the Falcons. We kept it organized and part of our process. It’s something I’m very proud to be a part of. We had a great team last year during training camp, and we’re going to continue to create a pipeline for women and all minorities to get full-time jobs in the NFL.