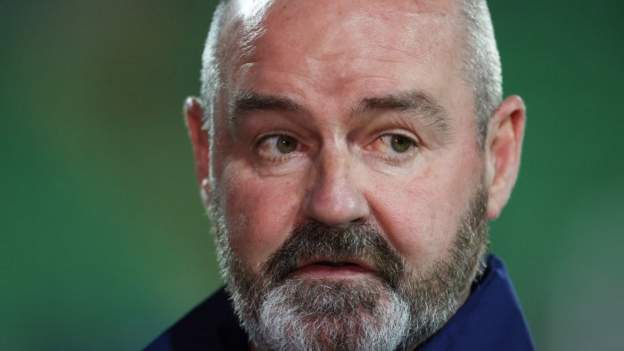 Scotland: What can supporters of Steve Clarke’s team expect during this international break?

Scotland may have to wait three months before their long-awaited World Cup play-off semi-final, but Steve Clarke will have plenty to think about in the days and weeks to come.

Russia’s invasion of Ukraine rightly delayed the latter’s meeting with the Scots at Hampden until June after Fifa granted a request for the game to be postponed.

Instead of preparing for that, the Scottish boss will name his squad on Tuesday to face Poland and then Austria or Wales in friendlies later this month in what will be the last dress rehearsal before to face Ukraine.

So, what questions can we answer in the next two matches, and what do we already know about this Scottish group?

Question mark on the right back?

Motherwell captain Stephen O’Donnell was an inspiration to Scotland in last summer’s draw with England at Wembley at Euro 2020, and he has so often been the man Clarke’s reference at right-back.

But the defender, who has 24 caps to his name, is part of a fine backline who have struggled for form, clean sheets and wins, with the Fir Park skipper’s side failing to win in the league since Boxing Day.

Nathan Patterson has been a revelation on the right side of the Scottish defence, racking up six caps, a goal and a Euro appearance for the national team. However, he has only played 45 minutes of first-team football since joining Everton.

That shouldn’t worry Clarke too much, as he’s never shied away from throwing fellow performance school grad Billy Gilmour alongside him despite a lack of playing time. But should he hesitate, is there a realistic alternative that has yet to be tested?

Aaron Hickey would have refused calls from under 21but when you start every week in Serie A, you have to imagine that a first-team appearance is what he’s aiming for.

The “is he a left-back or a right-back?” The debate has been a hot topic for many in the tartan army, could they be about to get an answer?

It may also be time for Anthony Ralston, who has shone for Celtic this season, to build on his only cap secured last year.

Hard at the top?

With Hibs confirming striker Kevin Nisbet is set to miss at least seven months of football after damaging knee ligaments, and Lyndon Dykes not playing for Queens Park Rangers for a month, at least one new striker is likely to be on the way. enter the national configuration. .

Jacob Brown is the latest attacking option to join the team, with Clarke in the stands to watch him score his 10th goal of the season for Stoke City at the weekend.

Ross Stewart, or ‘Loch Ness Drogba’ as some call him, could well be on a long list thanks to his 22 goals and three assists in 37 League 1 appearances this season at Sunderland.

The former Kilwinning Rangers man admitted a call-up to Scotland would be a ‘surreal’ experience for him, tell BBC Scotland his unlikely footballing path would make him all the more special.

Ryan Gauld is still high on fans’ wishlists and the MLS season has been up and running again since last month. While he might not fit into the puzzle as a traditional striker, he is certainly a player who would add firepower, creativity and perhaps settle another tartan army debate.

A more recognized cry who is currently playing their football here? Tony Watt thrust himself into the limelight at Motherwell as he battled his way to the top of the Premiership scoring charts before Christmas. However, with just one goal in his last 11 outings, coupled with a recent injury, his inclusion might be in the ‘unlikely’ category.

Livingston’s Bruce Anderson, with 11 Premiership goals to his name, could also be an outside cry.

If it ain’t broke, don’t fix it

The next two games may be competitively inconsequential, but Clarke and his team will use the games as dress rehearsals to polish this squad ahead of the playoff when he does show up.

He’s never been a manager to tear up the team roster and start from scratch, and it’s a safe bet this will be a time for tinkering, not tearing up.

Scotland have won their last six matches, keeping clean sheets in five of them while averaging 1.7 goals per game.

Being able to continue to build that momentum and continuity could be the key to bringing Qatar closer to that step forward.