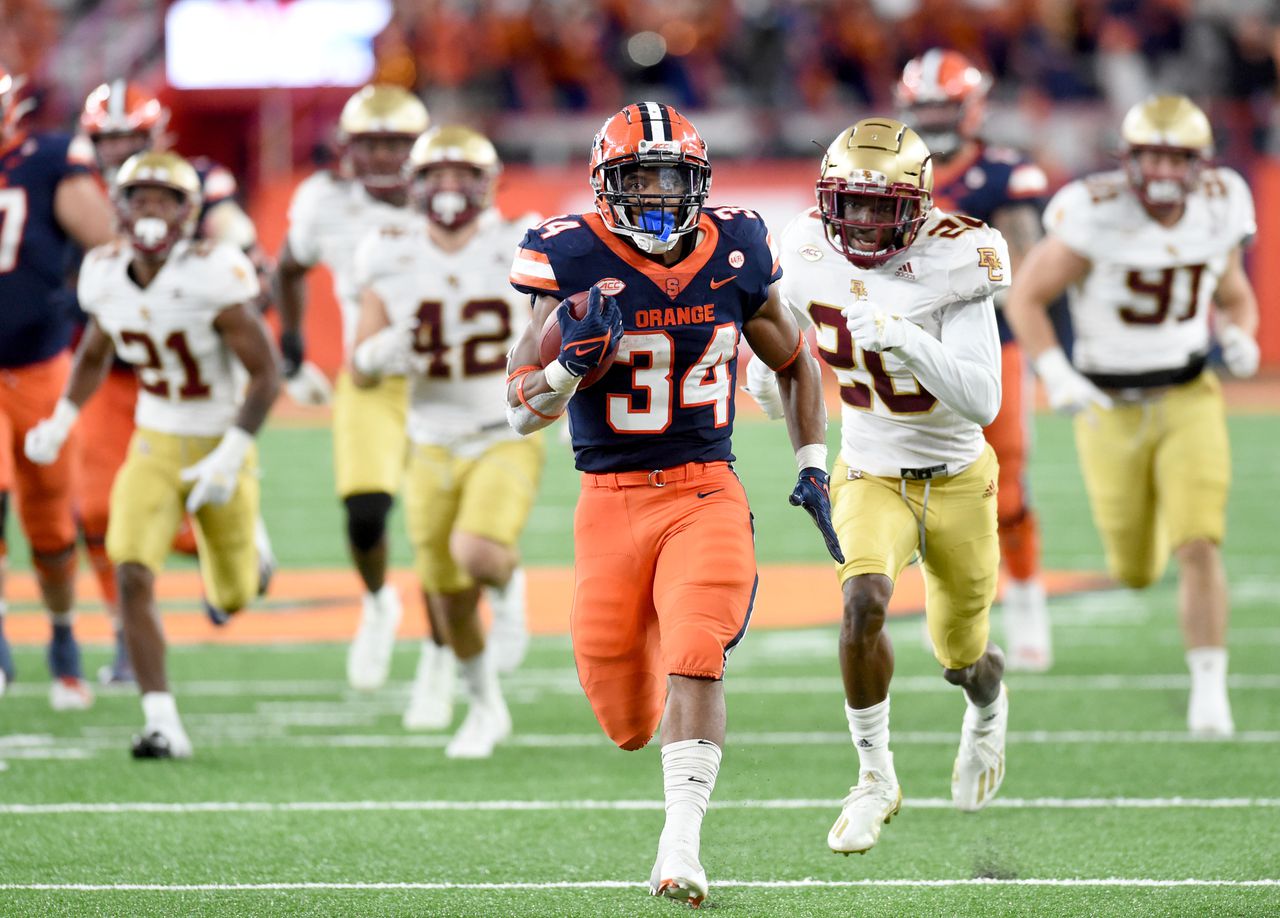 Syracuse, NY – Syracuse running back Sean Tucker was named to the Second All-American team by the Walter Camp Football Foundation, becoming the school’s first fullback to win All-America honors since Floyd Little in 1966.

It’s the biggest honor yet for Tucker, who broke the school’s single-season record at age 42 last fall.

In doing so, Tucker galvanized support from the fan base for the school to retire No.44, sparking debate over whether the legendary jersey number worn by Jim Brown, Ernie Davis and Little should return to field.

The honor gives that discussion even more credit and adds to a growing list of playoff accolades for the Owings Mills, Md. Native.

Tucker is only the fourth school backfielder to win All-America honors since Little. Full-back Larry Csonka was a unanimous All-American in 1967, quarterback Don McPherson won unanimous honors in 1987 when he finished second in the Heisman Trophy vote and Marvin Graves was a second-team selection by the Associated Press in 1992.

Little is the only three-time All-American on the football schedule.

The Walter Camp Foundation released their All-America squad on Thursday night on the ESPN College Football Awards show. It is the first of five groups recognized by the NCAA as All-America selectors to announce their squad. The panel includes head coaches and sports information directors.

The Football Writers Association of America will release their squad on Friday at 2 p.m., followed by three more next week.

Tucker has to be a first-team All-American on three of five teams to be considered a consensus pick. No Syracuse running back has earned the honor since half-back Ernie Davis for his historic Heisman season in 1961.

Tucker led the ACC on the ground with 1,496 yards, breaking the Joe Morris single-season school record and ranking fourth in the country with an average of 124.7 yards per game. This equaled Morris’s academic mark for average rushing yards per game set in 1979.

In his second season, Tucker punctuated a rushed attack from Orange who finished second in the conference behind North Carolina and in the National Top 20.

The Walter Camp All-Americans will be recognized at the group’s annual awards weekend, February 25-26 in New Haven, Connecticut.

Kenneth Walker III of Michigan State and Breece Hall of Iowa State were the two honored running backs on the first team. Tucker was joined by Tyler Badie of Missouri in the second team.

Take a tour of Syracuse’s run-down athletic facilities. An appeal to donors for 150 million dollars to repair them: “We are late”

Cooper Lutz of Syracuse, special teams football captain and MVP, is in the transfer portal

Syracuse 2022 football schedule: New coaches in Notre Dame, Virginia, UConn, plus a Clemson program in transition (how I voted)