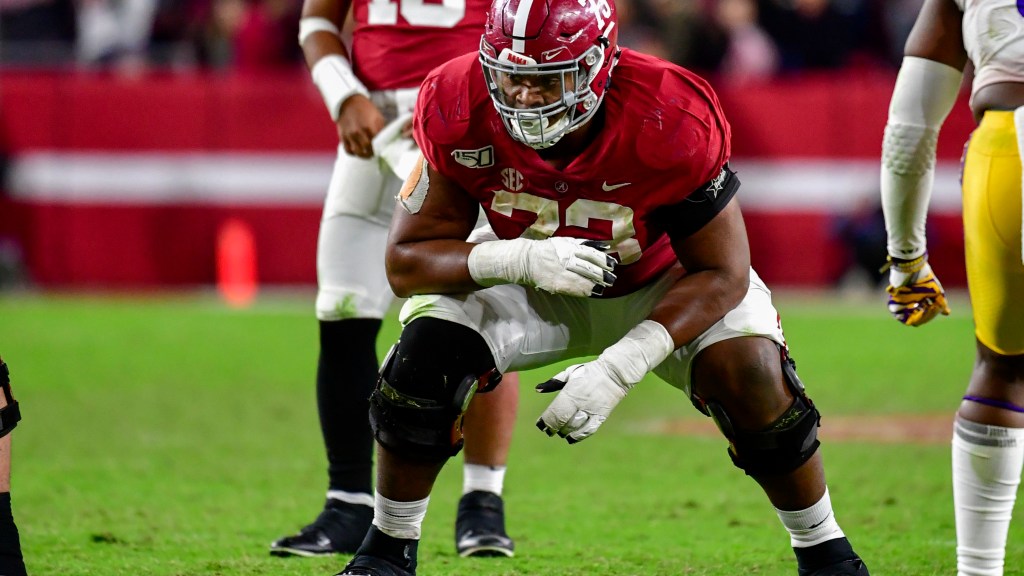 One of the biggest reasons Alabama’s offense has been so successful in the 2020 season was in large part due to the incredible play along the offensive line. Whether it was opening up lanes in the racing game or letting Mac keep up with its progress, the big guys up front were always at their peak.

As a unit, they’ve collected enough material to fill an entire trophy case.

Senior offensive tackle Alex Leatherwood won the Outland Trophy as the nation’s top indoor lineman. Fan favorite Landon Dickerson won the Rimington award for best center in the country. To top it off, the unit brought the Joe Moore Award back to Tuscaloosa as the nation’s most outstanding offensive line unit.

As we head into the 2021 football season, one of the biggest question marks for this particular Alabama football team is how the offensive line will form? Alex Leatherwood, Landon Dickerson and Deonte “Cornbread” Brown are all now in the NFL.

Even with the loss of the aforementioned three players, there are really only two spots left open along the offensive line. Evan Neal returns to a tackle point, Emil Ekiyor Jr. will be one of the guard posts and Chris Owens will most likely handle the center duties.

I realize the list goes on and on and now you can see why Coach Marrone has such a tough job ahead of him when fall camp goes, but I think each of these guys have a chance to take a spot. on the starting offensive line.

The four players I watch the most are JC Latham, Javion Cohen, Damieon George Jr. and Tommy Brockermeyer. I think these are the four most talented players in the group and would give Alabama their best chance to replicate the incredible performance of 2020.

Let’s be clear, I don’t think Alabama’s 2021 offensive line will be as dominant as the 2020 squad, but that doesn’t mean it still can’t be among the best in the country.