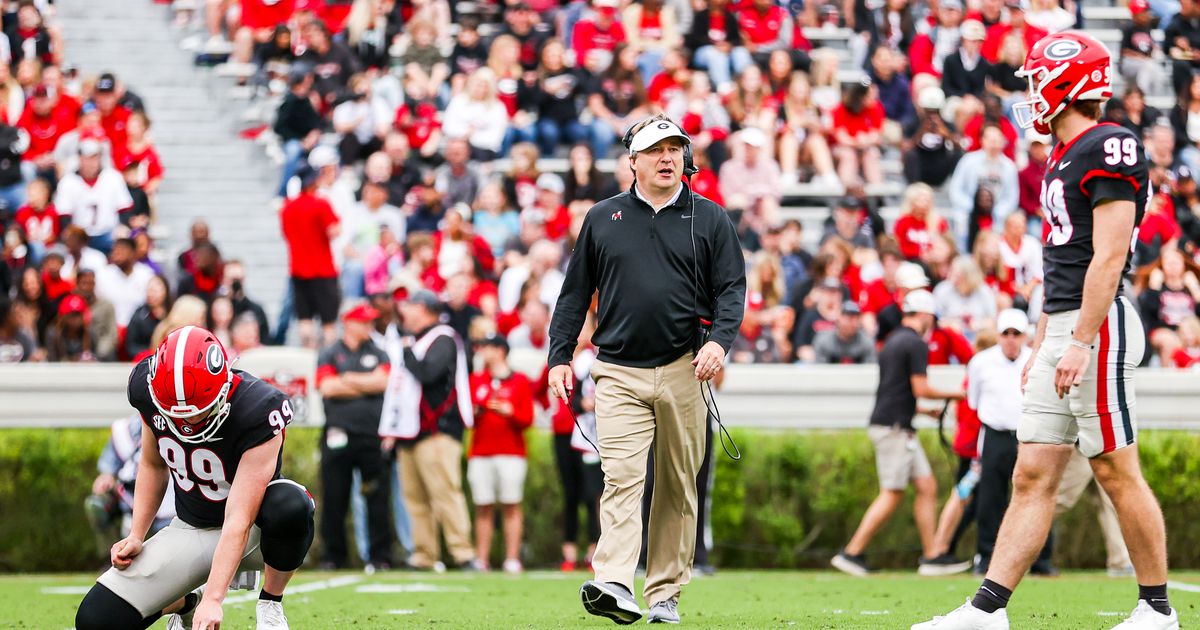 This offseason, the transfer portal has been a one-way street for Georgia’s soccer program. More than a dozen players left Georgia and ended up elsewhere, including five at other SEC schools.

It is not a new position that Georgia is against the transfer portal. Just a season ago, the Bulldogs brought in Derion Kendrick, Arik Gilbert and Tykee Smith from the transfer portal. If the right player is available, Georgia and Kirby Smart will definitely take a hit on a player.

But as Gilbert and Smith demonstrated last season, a transfer player doesn’t equal instant success. Both players combined to play in a single game. Kendrick proved to be a valuable contributor for Georgia, but he was an outlier in that regard.

Gilbert and Smith are both back in Georgia this fall, hoping to make an impact they couldn’t have had a season ago.

The best transfer portal news for Georgia this offseason came when offensive lineman Amarius Mims, a former 5-star prospect, actually opted to return to Georgia after initially entering the transfer portal in April.

Roster retention is the name of the game when it comes to the transfer portal for the Georgia program rather than addition.

There have been a few recent rule changes which also explain why Georgia hasn’t felt the need to go out and add players through the transfer portal as much. Beginning with the 2022 recruitment cycle, schools were allowed to sign beyond the previous limit of 25 men, and thus attract more high school prospects in each cycle.

Related: What the NCAA’s new rule changes mean for the future of Georgia football

Georgia took advantage of that this year by signing a promotion of 30 prospects. This is the most ever recorded under Smart. Eighteen of those players were early enrollees, which would be the most in the country for the 2022 recruiting cycle. Early enrollees were able to go through spring practice and get a strong start in their college careers.

They were joined in Athens this month by the last 12 signatories of the class. These players go a long way in filling some of the holes in Georgia’s roster, especially at running back, wide receiver and cornerback. Georgia has added several players to each position with its summer registrants.

Another proposed rule change concerned the SEC transfer rule. Players wishing to transfer to another SEC school must be on the portal by February 1 as it currently stands. At last week’s SEC Spring Meetings, schools debated extending the deadline to May 1, which is the NCAA’s deadline for when a player must be in the transfer portal while still retaining eligibility for the upcoming season.

Smart shared his thoughts on the matter with a group of reporters. Although the proposal never passed, the Georgia head coach made it clear how he felt.

“You know, I prefer the way things are right now where there are two windows as they are,” Smart said. “I think it’s extremely difficult to go through 3-4 months of practices and spring training and then switch rosters within your conference.”

Since Georgia had five players transferred to other SEC schools, the Bulldogs still think they lose more to the gate than they have to gain, especially within the conference. Georgia is recruiting so well that it doesn’t make much sense to focus on developing these players, only to push them back down the depth chart.

Georgia has a lot of holes on its 2022 roster. This will happen when you have 15 players taken in the NFL Draft and another 13 stock market players choose to transfer elsewhere. Yet the right player who matched what Georgia was looking for never became available. There was no Kendrick this year when it came to the gate, even though Georgia had safety and wide receiver needs.

The Bulldogs have recruited very well in recent seasons. They’re also shown to be one of the best development programs in the country, with former 3-star prospects like Jordan Davis and Eric Stokes being recent first-round picks. That’s why Georgia feels comfortable betting on its internal talent as an inside linebacker and on the defensive line.

“Guys who want to be here? We will coach them,” Smart said after G-Day. “Those who don’t; we’re not going to run after them / We can’t. It is their determination. We’re trying to create a culture of ‘I won’t be here, I’ll grow and get better.’ »