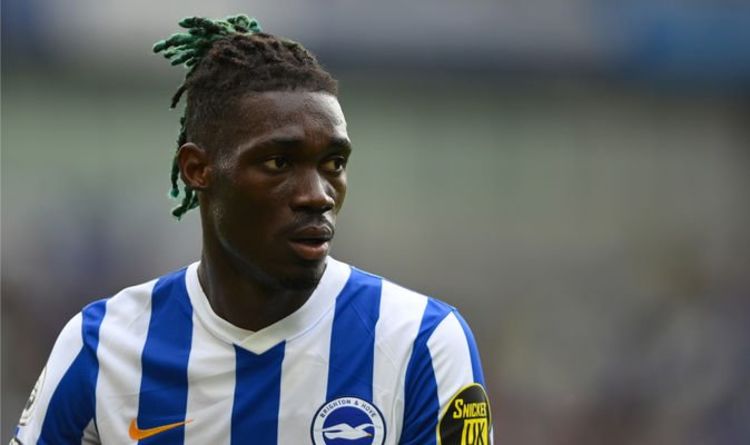 Yves Bissouma still attracts long-term interest from three of the Premier League’s greats, although he has remained at Brighton this summer. The midfielder has been linked with many clubs this summer, but no transfers materialized before Tuesday’s deadline.

Bissouma, who moved to the south coast from Lille three years ago for £ 15million, has started the new season in great shape amid fierce speculation about his future.

The 25-year-old played for his side as they opened their campaign with back-to-back wins over Burnley and Watford, but couldn’t stop Brighton from losing at home to Everton last time around.

His combative approach in the midfield has been key to Brighton’s progress under Graham Potter, with Bissouma having made 36 Premier League appearances last season.

The midfielder certainly looks like he can excel at the top of the game and, with clubs seemingly in a circle this summer, Brighton has done well to keep their man up.

But, according to the Metro, Manchester United, Arsenal and Liverpool have been interested in it for a long time.

“That’s all I can say about it. I can’t control the future, I don’t know what’s going to happen basically – that’s the beauty of life and football.

“Yves is with us. He is happy, he is smiling, he wants to play – he wants to continue to improve his career, he is taking action.

“He’s our player and while he’s still here we’ll do our best to help him.”

Brighton bid farewell to Ben White this summer as the center-back signed for Arsenal in a £ 50million deal.

But they managed to bring five new faces to the club, with Enock Mwepu, Marc Cucurella, Abdallah Sima, Kjell Scherpen and Kaoru Mitoma all heading to the south coast.

The Seagulls are currently in eighth in the Premier League table and hope to have a solid season.

The club have never finished above 15th place since their first promotion to the Premier League in 2017.

But they looked like a decent side under Potter and Brighton’s good start to the season gave them a good platform to have their best Premier League campaign.